Yesterday, I decided to suspend this theme, as I have decided to throw my support behind ClassicPress. But Murphy’s law bit me in the ass one more time. I received a few notices that there was a problem with Canuck, more specifically that the Category archive and Tag archive pages were showing <span> tags in the page title.

After investigation I found that there was a change to get_the_archive_title(), in the WordPress core update, that was causing the problem. It was a change that never should have been made, but it was and for those that decide to escape this function for added security, the problem arises.

I had a major update pretty much ready to push when I made the decision to move on to ClassicPress. I found some horrendous problems with sidebars in the latest update (at that time) to the Gutenberg plugin. This was the event that pushed me off the fence I’ve been on for a year or so. Checking it again, it seems they have fixed things so I dusted off the month old update and have fixed the title thingy.

This is a Major Update 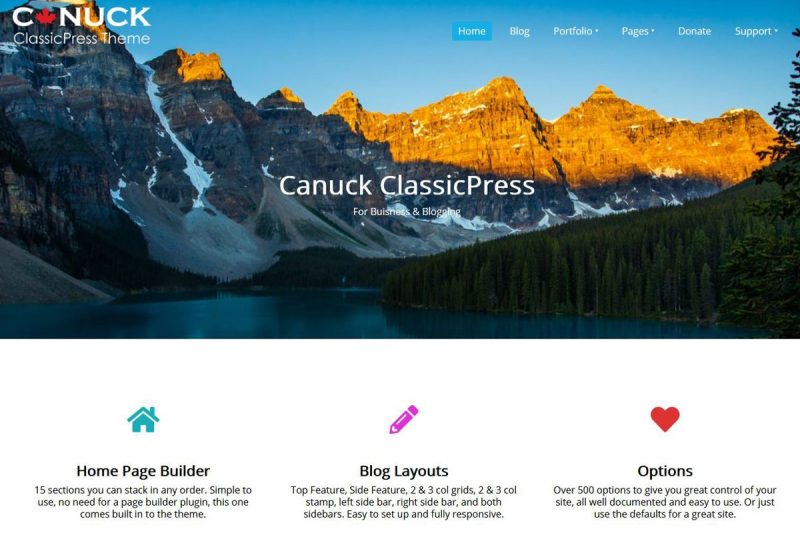 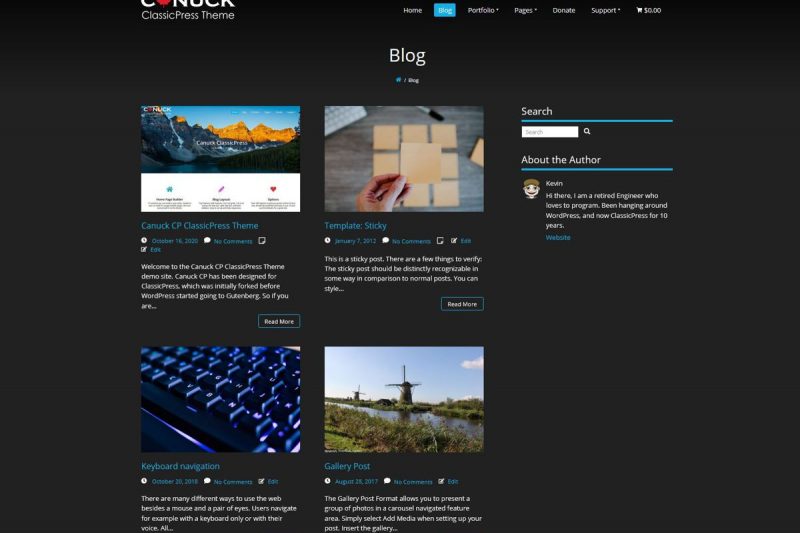 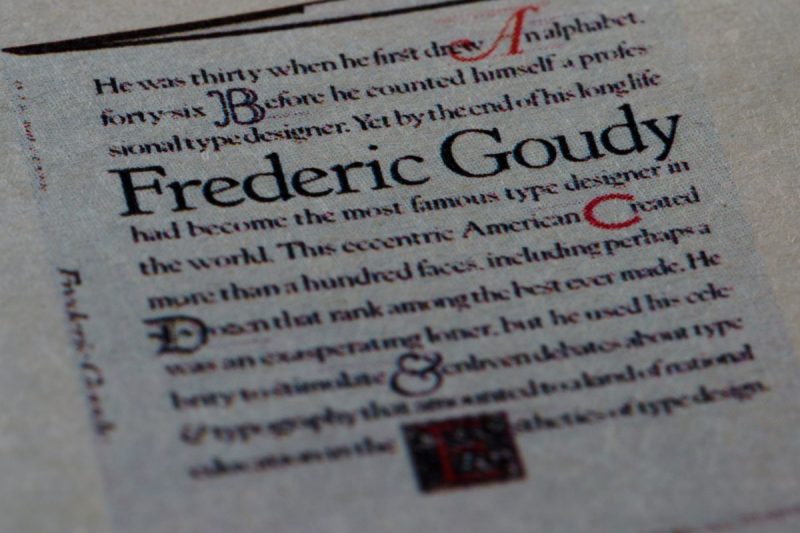 Canuck CP uses Google Fonts and internet fonts. You can use a different font for Headers, Body text and Page Titles.

At the moment there are 33 fonts to choose from. I have done it this way because I feel that these fonts should be good for most users, and sticking in a list of all the Google Fonts is certainly overwhelming. Now if you find that the font you want is to use is not listed, I can set it up in the next update. The only requirement is that it be in the Google font library.

Please feel free to contact me with the font you would like to use, and I will try and get it in the next update. 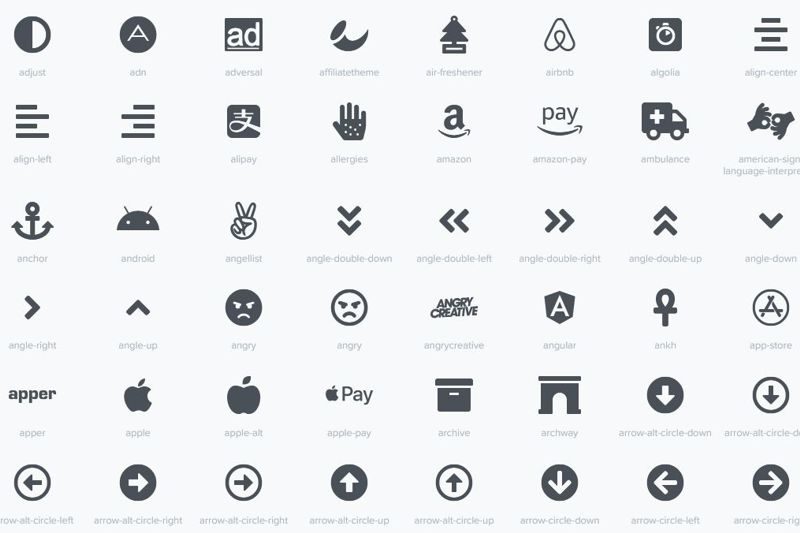 Canuck CP uses FontAwesome svg icons. I went this way to save on file size and speed, when displaying an icon.

Of course I did not include all the font icon svg’s. At this point there are 132 of these icons used in Canuck CP.

Now if you are setting up a home page and need a specific icon included, let me know, and I may be able to add it in the next update. Note that there is a limit of what I will include. At this point I am thinking that 200 would be the cut off. You can see all the icons at Free FontAwesome Icons

The list of icons I include will be in a drop down list in any of the sections used for the Home Page Builder. Needless to say, if you are using Canuck CP and can’t find the icon you need, contact me, and I will see what I can do for you.

Canuck CP is now released to the public.

This theme was based on the Canuck WordPress theme hosted on WordPress.org. Anything related to Guttenberg has been removed. The new theme has been greatly modified from the Canuck theme. Post formats were removed. A simple Contact form was added and Simple sharing for Facebook, Twitter and Pinterest was added.

Contact Forms have never been allowed in the WordPress theme repository. I tend to agree with that, except for simple contact forms. The contact form for Canuck CP is Author, email, website, and comments only. This will suffice for many of the themes users and I feel it is a much better option then a bulky plugin set up for any contact form imaginable.

Canuck CP also comes with an extensive home page builder. There are up to 15 sections available, that can be stacked in any order. The sections all come with documented options in the Customizer so users should be able to set up great looking landing pages. Again this feature allows you to avoid the significant bulk and learning curves that page builder plugins have.

There are 6 possible blog layouts, and full meta control for your blog.

Check out the many more features on the Canuck CP page.

So a couple of weeks ago I was finalizing an update to my Canuck WordPress Theme, and as a final bit of testing I looked at the theme with the latest bleeding edge Gutenberg plugin. The block editor for widgets was being tested. I checked my widgets and widget areas ….. and all my custom widgets were gone along with more then half the widgetized areas. The legacy support system was a disaster. That was the last straw for me. The widget block system is supposed to go core withe the WordPress 5.5 release. It is going to be fun for all the themes in the WordPress.org repository that are extensively using custom widget areas and custom widgets.

I have really not been happy with the WordPress move to blocks and Full Site Editing for a number of reasons, so I have switched to ClassicPress. When WordPress initially started down this road a group forked WordPress 4.9 into ClassicPress, and they have been updating and improving it since then. I thank them for doing that. I have been following them since it happened, and following the degradation of WordPress. I have finally decided to go all in ClassicPress. The bottom line is it must survive, the blogging and business world will desperately need an alternative in the near future. ClassicPress is waiting for them.

In the near future, I will release Canuck CP ClassicPress theme, yes the CP means ClassicPress. I have heavily modified the Canuck WordPress theme, added some options and took out a few things, such as all the Gutenberg compatibility stuff. I think the new theme is awesome.

I am also planning to release a new Testimonial Plugin, suitable for ClassicPress, no icky blocks and bloated code.

As a further note I will continue to support the Testimonial Basics plugin and Canuck WordPress theme, but I will not update the theme or plugin any more. I will be removing all the Canuck Tutorials on YouTube, and perhaps will develop YouTube tutorials for Canuck CP.